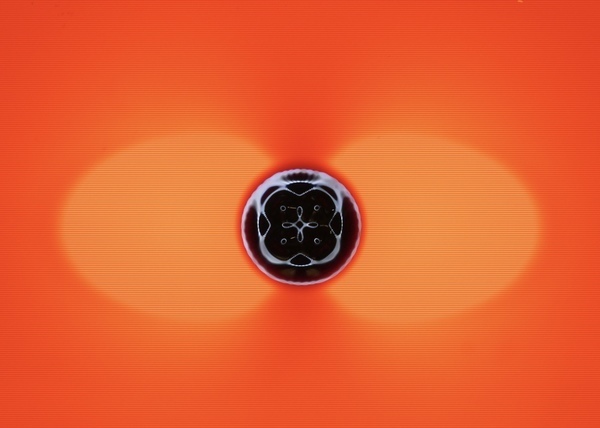 Cambridge, MA - An international team of researchers, led by Harvard University and among them researchers from the Max Planck Institute for Intelligent Systems (MPI-IS), have developed a dynamic surface with reconfigurable topography that can sculpt and re-sculpt microscale to macroscale features, change its friction and slipperiness, and tune other properties based on its proximity to a magnetic field.

Made by infusing a magnetic fluid in a solid microtexture, the researchers demonstrated how the surface could be used to direct the movement and assembly of micro-scale particles, regulate the flow and mixing of millimeter-size droplets, or turn adhesive properties on and off at the macroscale.

“Multifunctional materials capable of performing various tasks is a new, promising area of research,” said Joanna Aizenberg, the Amy Smith Berylson Professor of Materials Science and Professor of Chemistry & Chemical Biology at the Harvard John A. Paulson School of Engineering and Applied Sciences (SEAS) and senior author of the paper. “The demonstrated applications – new forms of reversible, hierarchical particle self-assembly, manipulation and transport of non-magnetic matter in a magnetic field by topography-induced hydrodynamic forces, precisely timed chemical reactions, and rewritable, spatial addressing of directional adhesion, friction, and biofilm removal – are only a small representative sample of ample possibilities this new concept opens up to the imagination.”

Aizenberg is also Core Member of the Wyss Institute for Biologically Inspired Engineering at Harvard University.

The research, published in Nature, was the result of an interdisciplinary collaboration between chemists, physicists, fluid mechanicists, materials scientists, applied mathematicians and marine biologists. Lead author of the publication "Multifunctional ferrofluid-infused surfaces with reconfigurable multiscale topography" is Dr. Wendong Wang, postdoctoral researcher in the Physical Intelligence Department at the MPI-IS. The publication was a collaboration between SEAS, the Wyss Institute, the Max Planck Institute for Intelligent Systems, Aalto University School of Science in Finland, and the University of Oslo.

The surface is nicknamed FLIPS, short for Ferrofluid-containing liquid-infused porous surfaces. FLIPS is a composite surface, made up of two distinct parts: a micro-structured solid substrate and a ferrofluid, which consists of magnetic particles suspended in a liquid. Without a magnetic field, the surface is flat, slick and smooth. But when a magnetic field is applied, the ferrofluid responds, taking on the shape of the underlying topography. The combination of a structured solid surface with a responsive liquid allows the surface to be endlessly re-writable, a kind of dynamic Etch-a-Sketch with reconfigurable patterning, directional friction, adhesion and more.

The specific topographical patterns of the surface can be finely tuned at the micron, millimeter and centimeter scales by controlling the properties of the ferrofluid, the geometry of the substrate, the strength of the magnetic field and the distance of FLIPS from the magnets.

That level of tunablility means FLIPS can do a lot across a range of scales. The researchers demonstrated that FLIPS can:

FLIPS is compatible with all kinds of surfaces and can even be integrated with another technology developed in the Aizenberg Lab, SLIPS, the ultra-slick surface coating.

“Each of these applications can be further extended,” said Wendong Wang, who is a former postdoctoral fellow at SEAS. “Our results suggest that FLIPS allows much more diverse combinations of functions and capabilities than surfaces that have only a simple, single-scale topographical response. This could be a platform for a lot of future technologies.”

This research was supported by the Department of Energy, the National Science Foundation, and the Max Planck Society.