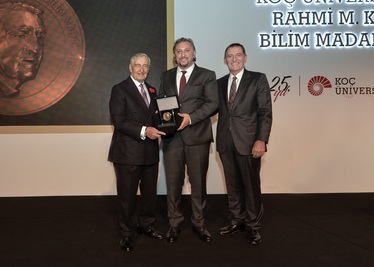 Istanbul – Metin Sitti, Director of the Physical Intelligence Department at the Max Planck Institute for Intelligent Systems in Stuttgart, received the Koç University Rahmi Koç Medal of Science this year at a ceremony in Istanbul on Wednesday. The award recognizes the achievements of the most promising scientists of Turkish origin, exceptional individuals under the age of 50, who have shown world-wide outstanding success and significant impact in their research field. The single recipient each year is chosen by a special panel of international academic experts, and is bestowed in alternating years in the fields of "Science, Engineering, and Health Sciences" and "Administrative Sciences, Social Sciences, Humanities, and Law". Last year’s recipient was the economics professor, Prof. Daron Acemoglu from MIT in USA.

„It is a great honor for me to receive such a prestigious prize from Rahmi Koç, who founded this top private university, the Koç University, in Istanbul 25 years ago”, says Metin Sitti. “My research has received many recognitions in Japan, the US and Europe in the past, but this is the first time my research achievements are honored in my home country, which is very special to me.”

Sitti gave a 15-minute talk about his current research achievements and future projects during the award ceremony. Additionally, a video about him and his team in Stuttgart was presented. 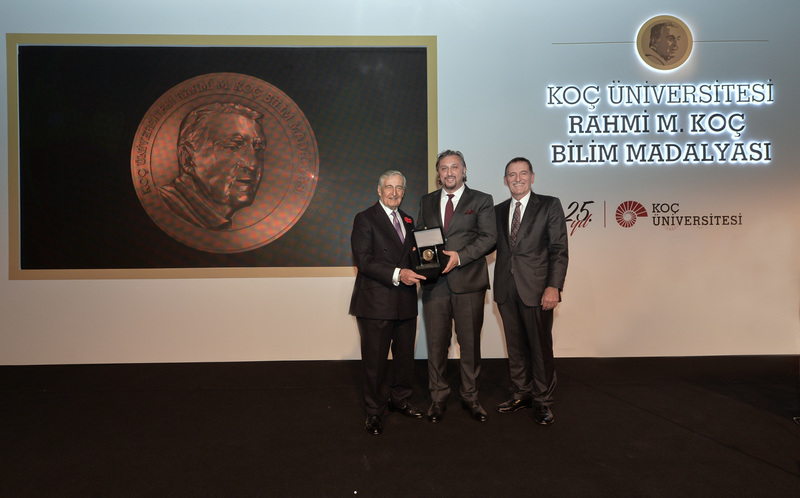 In his research, Sitti aims to understand the underlying principles of design, locomotion, and control of small-scale mobile robots made of smart and soft materials. Intelligence of such robots mainly come from their physical design, materials, mechanisms, adaptation, and self-organization more than to their computational intelligence. Such physical intelligence methods are essential for small-scale milli- and micro-robots especially due to their inherently limited on-board computation, actuation, powering, perception, and control capabilities. Sitti envisions his novel small-scale robotic systems to be applied in healthcare mainly, where such untethered milli/micro-robots would access hard-to-reach or unprecedented sites inside the human body for local active disease diagnosis, monitoring, and treatment non-invasively.

Sitti was born in K&imath;r&Scedil;ehir, Turkey in 1970. He received his BSc and MSc degrees in electrical and electronics engineering from Bo&gbreve;azi&ccedil;i University in Istanbul in 1992 and 1994. He left Turkey in 1996 to do his Ph.D. in electrical engineering at the University of Tokyo in 1999. After that he went to the US as a research scientist at University of California at Berkeley, where he worked until 2002. During 2002-2014, he was a professor in the Department of Mechanical Engineering and the Robotics Institute at Carnegie Mellon University in Pittsburgh, USA. In 2014, he founded the Physical Intelligence Department as a Director at the Max Planck Institute for Intelligent Systems in Stuttgart.