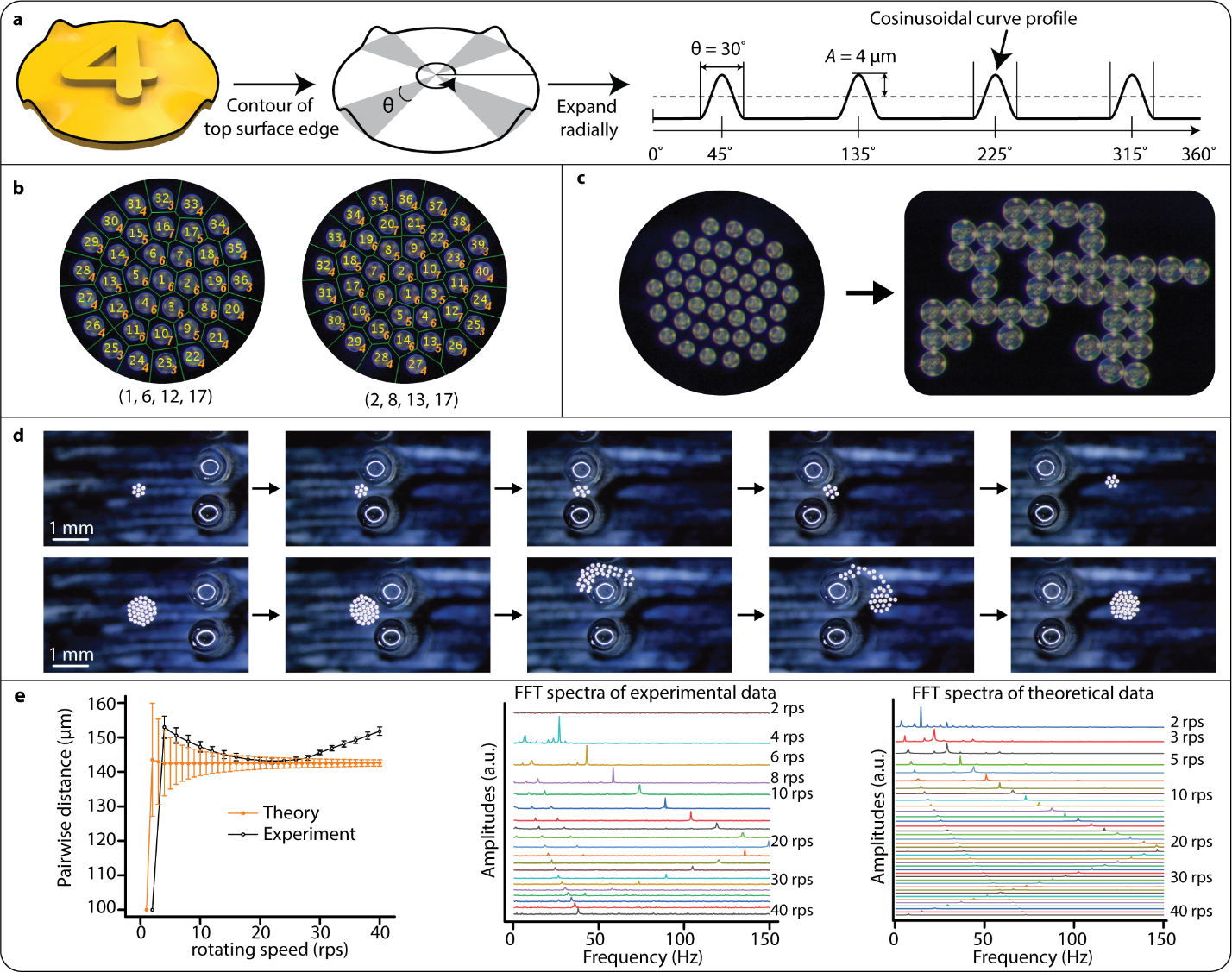 By linking concepts from chemistry and materials science to techniques in fluid mechanics and robotics, we proposed a platform of collective microrobots based on dynamic and programmable self-assembly of circular magnetic micro-rafts at the air-water interface. The cosinusoidal edge-height profiles of these micro-rafts not only create a net dissipative capillary repulsion that is sustained by continuous torque input, but also enables directional assembly of micro-rafts (a – c). We have demonstrated collective behaviors such as channel crossing (d). In addition, in a collaboration with Eric Lauga’s group at the University of Cambridge, we have investigated the mechanism of the interactions between rafts, which will help us to simulate and predict collective behaviors in the future. We anticipate that this dynamic and programmable self-assembled materials system will serve as a model system for studying non-equilibrium dynamics and statistical mechanics as well as for use as a novel platform to assemble and control microrobots in the future. 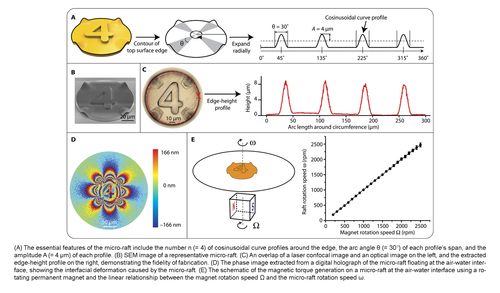 Science Advances, 3(5):e1602522, American Association for the Advancement of Science, May 2017 (article)
Abstract
Dynamic self-assembled material systems constantly consume energy to maintain their spatiotemporal structures and functions. Programmable self-assembly translates information from individual parts to the collective whole. Combining dynamic and programmable self-assembly in a single platform opens up the possibilities to investigate both types of self-assembly simultaneously and to explore their synergy. This task is challenging because of the difficulty in finding suitable interactions that are both dissipative and programmable. We present a dynamic and programmable self-assembling material system consisting of spinning at the air-water interface circular magnetic micro-rafts of radius 50 μm and with cosinusoidal edge-height profiles. The cosinusoidal edge-height profiles not only create a net dissipative capillary repulsion that is sustained by continuous torque input but also enable directional assembly of micro-rafts. We uncover the layered arrangement of micro-rafts in the patterns formed by dynamic self-assembly and offer mechanistic insights through a physical model and geometric analysis. Furthermore, we demonstrate programmable self-assembly and show that a 4-fold rotational symmetry encoded in individual micro-rafts translates into 90° bending angles and square-based tiling in the assembled structures of micro-rafts. We anticipate that our dynamic and programmable material system will serve as a model system for studying nonequilibrium dynamics and statistical mechanics in the future