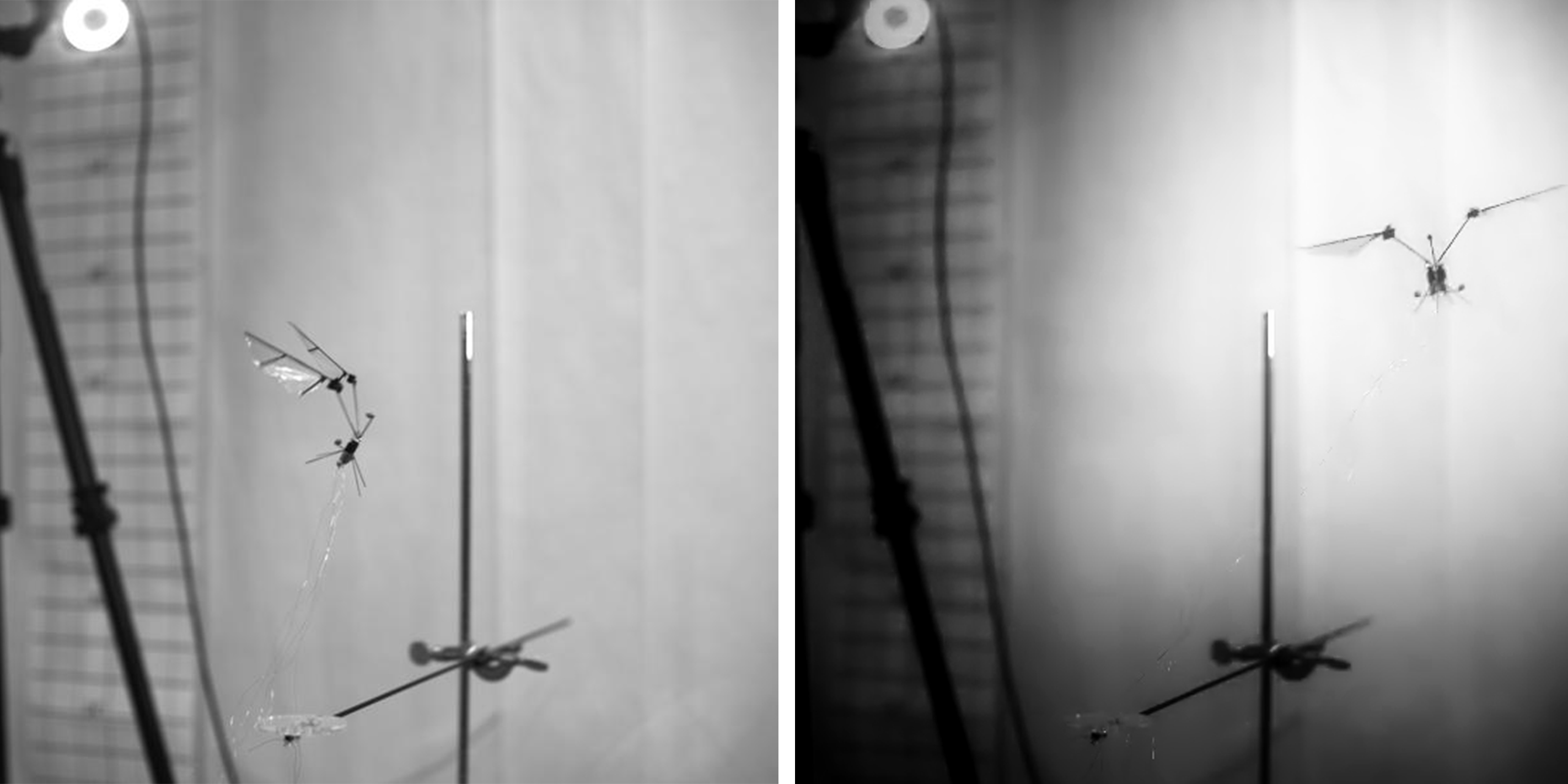 Small-scale flapping wing air vehicles present a large leap forward in agility, maneuverability and aerial acrobatic potential from their fixed and rotary wing counterparts. Inspiration comes from nature's dragonflies, hummingbirds, and flies which cannot only hover but also perform fast and precise maneuvers. We aim to design and manufacture an autonomous aerial vehicle capable of sustained flapping flight and ultimately similar feats. Our current targeted robot weight is around 3 g, though in the past we have worked on systems weighing less than 500 mg. In order to reduce weight and mechanism complexity, our flapping wing design is based on completely passive wing pitch reversal. The motion of the wing is governed only by the wing inertia, aerodynamic forces, and torsional spring/damper torques at the wing's rotation axis. The design of the robot body is driven by a few key ideas: individual control of each wing, weight minimization, and center of gravity positioning.

In our initial work our sub-gram system prototypes were driven by piezoelectric bending actuators and, given the need to control the wings independently, were configured so a single actuator was dedicated to each wing. To achieve body stability in flight we developed a spherical four-bar transmission mechanism that allows positioning of the center of mass below the lift producing wings. Several other design aspects were considered to stiffen the thorax body as well as achieve minimal coupling between the two wings.

Similarly, our latest prototypes have a single actuator per wing. However, instead of piezoelectrics, we use small geared pager motors. By avoiding the addition of a nonlinear transmission and directly mounting the wings to the gearbox output shaft we are able to maintain control over wing flapping angle, allowing the generation of roll and pitch body torques. With the addition of a spring in parallel the system can be driven at resonance, reducing the necessary power to flap and allowing the generation of enough lift for liftoff.

The resonant motor design is a very minimalist approach to flapping flight but one that should be capable of controlled hover. Not only is it comparatively simple to construct, overall weight is significantly reduced without the need for a surrounding body structure and additional transmission.

Liftoff of a Motor-Driven, Flapping-Wing Microaerial Vehicle Capable of Resonance